"My creative works of

art are eternal. I do not express my creativity within the constraints of colorful periods of passing time" 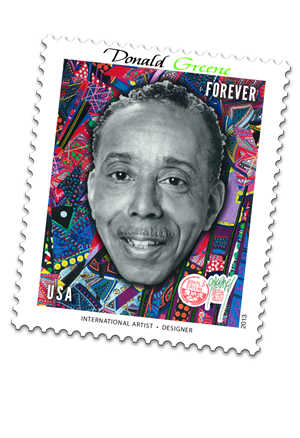 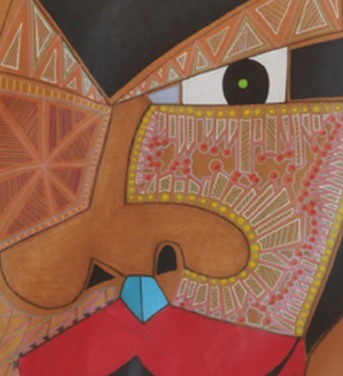 Donald O. Greene - born in Youngstown, Ohio in 1940, moved to Oakland, California at the age of six, educated in the Oakland/San Francisco School District, became inspired and committed to improving Oakland art communities by working with the city's youth and kindling their potential for creative growth. As an artist and teacher, starting with art workshops in my garage in the 1970's, I went on to teach Mexican and Afro-American Art at Santa Rosa Junior College, St. Mary's College High School in Albany, California College of Arts and Crafts and the Oakland Museum. After holding many teaching positions at junior high schools such as King Estates, Calvin Simmons, Marcus Foster and the Hayward Unified School District, I embarked upon a 14-year teaching career for the Oakland Unified School District, ultimately becoming Art Department Head at Skyline High School. From there I spent nine years with the San Francisco Unified School District.

I embody both learning and teaching in equal measure. I have been a teacher for the past 46 years, with many more years ahead. I learn and teach thorough my perception and expertise, Art. The creativity of the artist and the teacher spin the threads that weave the mosaic of my professional life. My belief is that the natural environment is the form and foundation of art. The human environment- social, economic, religious, reflective, interpretive- is shaped by the creative mind which draws from the natural environment. Thus, one learns, interprets, creates and teaches.

In 1989, I traveled with the Alameda County Office of Education to Russia to teach art. I was the first African-American artist to exhibit at the Leningrad Community Library. The exhibition was broadcast on Soviet National Television from Moscow to Siberia, reaching millions of Soviet viewers. I was referred to as the Afro-American Kandinsky of America due to the similar style, creative techniques, use of color, and abstract representation of shapes and forms. After many visits to art studios and group shows, I was inspired to donate all my exhibit paintings and profits from their sales to the Leningrad Community Artists Collective as a good will gesture, thereby successfully improving U.S. and Soviet international relations. Following in July, 1989, I  exhibited at the Troitsk Exhibition Building, Troitsk, USSR, featuring watercolor, prismacolor pencil drawings and india ink “abstract” paintings made in the Soviet Union using Russian postage stamps on each of the art works to combine the rich art culture of Russia and the American painters usage of bright, bold and soft colors. I was awarded a congressional award from the U.S. Congress for my art education activities as an ambassador in Russia, USSR.